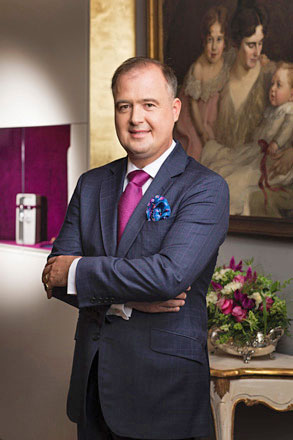 As the son of a diplomat, he lived in Washington DC, Santiago de Chile, Vienna, Brussels and in Moscow at a very early age. His easygoing manner with people from various cultures and with different languages also helped him later on in life.
Clemens Ritter von Wagner has many years experience in the field of exquisite design. His final university thesis was on Vivienne Westwood and, among others, he worked for Donna Karan in Quartier 206, Cerruti 1881 and later for the king of all jewellers and jeweller of all kings, Cartier, for whom he managed the business transactions in Stuttgart, Hamburg, Vienna and Palm Beach.

He perfectioned his skills during an apprenticeship for the classification of diamonds (DGEmG) at the Deutsche Gemmologische Gesellschaft e.V. (German Gemmological Society) in Idar-Oberstein.